What Is a Typical Salary Increase When Switching Jobs?

A typical salary increase when switching jobs is crucial to making more money. Most Americans switch jobs every 2 years to get a good pay increase. Workers have more reasons than ever to change jobs in a time of abnormally high inflation and employment disruptions. Often times this is the only way to get the required salary increase to keep up with the cost of living.

Employee salary needs to climb by as much as 7.5% so far in 2022 just to stay up with inflation rates alone. According to several studies we will share in this article, a portion of US workers have been able to keep up with and even beat inflation by switching employment.

In this article, we will look in detail at what salary jumps you should expect when switching jobs.

The impact that inflation has had on consumers cannot be overstated. According to a survey by The Conference Board, 62% of participants are concerned that their current incomes won't keep up with inflation. However, for some people, changing jobs is an effective solution to this problem.

People who left their workplace during the pandemic for another job were questioned about how their cash remuneration package, which includes pay and bonus, had altered.

29% claim that their pay has improved in their new position by more than 30%. 20% had their pay raise by 10% to 20% while 27% make about the same amount of money or less than they did in their previous position.

But these figures are very generalized. Typical salary change varies widely based on the type of industry you work for, your seniority, and even the part of the US you are working in. In this article, we will look at in detail what salary increase you should expect if you are planning a job or career change.

What is a typical salary increase when switching jobs?

Changing jobs frequently was once frowned upon in terms of career planning. People who did change careers quickly even got called "job hoppers," and hiring managers would be suspicious of candidates with so many jobs listed on their CV.

However, switching jobs frequently now seems to be the new norm. According to a poll by the Bureau of Labor Statistics (BLS), workers nowadays typically change occupations approximately 12 times throughout the course of their careers.

According to a different BLS poll, the average job tenure for men was 4.3 years and for women, it was 4 years. It is now believed that because job-hoppers are always adapting and looking for new challenges, they may even make better employees.

The ability to significantly raise your compensation is the biggest advantage of changing employment every few years. This is especially true in the economic environment of today. Career advisers assert that changing jobs frequently may be the only way left to earn more money throughout the course of your career.

By the way, if you want a detailed guide into how to switch career paths that covers everything from beginning to end, check out this guide!

The fact that employees are making less and less money on average every year is the worst-kept secret according to Forbes. There are countless reasons for this, but they chose to concentrate on one that we have some degree of control over.

According to Cameron Keng of Forbes, you will make less money over the course of your life if you work for the same employer for longer than two years on average.

Remember that 50% represents a conservative estimate at the low end of the range. This is based on the assumption that your career will only last 10 years. Over the course of your lifetime, the difference will increase the longer you work.

In these economic circumstances, the average US employee will receive a raise of less than 1%, and there isn't much we can do to influence management's choice. However, we can choose whether we want to continue working for a company that will raise our pay by less than 1%.

Now, the typical compensation boost when you change jobs or careers is from 10% to 20%. There are even some extreme occasions where people received more than 50%, but this varies depending on the specific conditions and industry of each person.

Why is it that those who switch jobs are rewarded while loyal staff seem to be penalized? There is an easy answer to this. Businesses usually freeze their wages during recessions and cut the salary of newly hired employees in accordance with "market trends."

These responses to the recession are legitimate, but the issue is that they were meant to be "temporary" fixes. Instead, these policies have now become the "norm" in the industry. What's more, we've all grown accustomed to hearing about "3% raises" and have learned to accept it as the new "standard."

In the past, people would work at the same place of employment for 40 years before retiring and collecting a pension. Those times have long since passed. American workers are switching employment considerably more frequently for a number of reasons with some even considering setting up their own businesses.

By the way, if you are considering entrepreneurship as an alternative to your current job, you should read our article on 10 essential career change tips to becoming an entrepreneur.

According to PayScale's 2021 Compensation Best Practices Report, one significant factor is the fact that the typical yearly rise for American workers has been hovering around 3% for the past few years as we just discussed above.

Employees who remain at the same job for many years run the risk of losing thousands of dollars over the course of their careers with little to no true job security. It makes sense to switch jobs if companies aren't as reliable employers as they used to be and there aren't any significant raises these days.

As a general rule, while changing jobs, you should ask for a 10%–20% pay raise over your previous salary and you can often get that increase. Employees who remain with the same employer may only receive a meager 2-3% rise each year if they are even eligible for one.

According to the majority of career consultants in 2022, getting a new job is becoming a better option than asking your present manager for a raise if you want to enhance your compensation.

But there is another great thing about getting a good offer from another company… If an offer is made to you, you can check to see if your current employer counters it. According to a recent poll, nearly 50% of businesses made a counteroffer for significantly more money to keep a worker.

However, keep in mind that counteroffers can backfire. If a manager refuses to give you a counteroffer and you opt to stay with the same company for some reason, you might have jeopardized your chances of rising through the ranks of the organization permanently.

While we are on the topic of job change, if you are considering a career change instead, read this great article on 7 short courses for a rewarding career change.

The Data Analysis Team at Zippia has been hard at work trying to find all the facts and stats behind job changes.

So let’s look at that right now to see the average salary increase when changing jobs in 2022 by industry.

Depending on your industry, your prospects of earning a greater wage can also change. While you may typically anticipate a raise in pay, there are some professions where this isn't the case. Additionally, not all pay raises are created equal. Here are some further findings from the Zippia research:

The increase in earnings for people who change employment is also influenced by their age and gender. The largest wage rises typically reach a maximum at around 35 and then start to decline.

When should you change jobs to increase your income?

We have seen all the stats on salary change, let’s now look at a different perspective and look at what is the best time to switch jobs. Age should not be a hindrance when you are considering a job or a career switch. It is never too late to get yourself paid more or get a job that makes you happy in other ways.

Here's how to time your next job change so that you can get a good salary increase.

Before we close the subject we feel there is one more important thing we should discuss - the fixation on pay increases alone. Besides pay increases, the nationwide poll conducted by The Conference Board we discussed earlier, revealed that at least when selecting a career, money isn't everything.

Aside from a respectable wage, employees stated the most desired job benefits are flexible work schedules and retirement plans.

Despite historically high employee turnover rates, more workers are choosing a larger title in their counteroffers than a larger salary primarily because this in turn will eventually result in a substantial salary increase.

So while a typical salary increase when switching jobs is important, don’t focus on it entirely. Other benefits also play in when determining if your job switch is worth considering.

Changing jobs is a difficult but necessary professional, financial, and personal decision for your career path. Uncertainty about their new job and the potential for a raise when changing employment is one factor that frequently prevents people from making a job or career change.

The truth is that one of the most common ways to quickly increase your salary is through a job change.

In this article, we talked about what a normal pay raise while changing jobs looks like by demographics, region, and by industry. We also discussed what signs to look for to get the most out of your job change.

Our conclusion is that you should change your job every 2 to 3 years to keep your salary at par with or above your market value. Otherwise, with inflation and the way things are, you will actually start making less because of the devaluation of your earnings.

We hope that this guide has been useful to you and helps you make an informed decision. Best of luck with your future jo

How much should your income increase when changing jobs?

A good compensation boost when changing employment is often between 10 and 20%. Don't be scared to request a raise that is similar to the 14.8% national average. When you switch jobs, you should at the very least anticipate a 5.8% wage increase.

Always negotiate for a salary that is 10% to 20% higher than what you are now earning. Depending on your performance, how long you've worked for the organization, and other considerations, you might be eligible to request more. When negotiating your increase, be sure to be prepared and confident.

Should employers give cost of living increases?

Regularly increasing your employee's pay is an excellent habit to maintain. This may be granted based on their increased experience, in order to remain competitive with business rivals, and more. Regular raises would not only aid in employee retention but also aid workers in meeting their varied living expenses.

Lori is the head of Unmudl’s Career Change Team and Director of Customer Success. She has over 20 years of experience helping individuals identify their strengths and passions to make a meaningful career change.

Get a free checklist to see if it's the right time to make your big move! 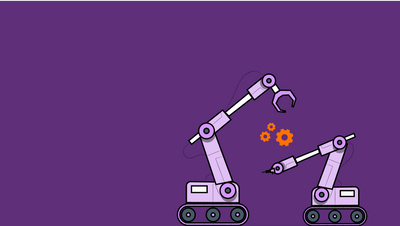 What Is Mechatronics? A Complete Guide

Mechatronics is an exciting career option that has elements of mechanical, electrical and electronic engineering as well as software programming and robotics. 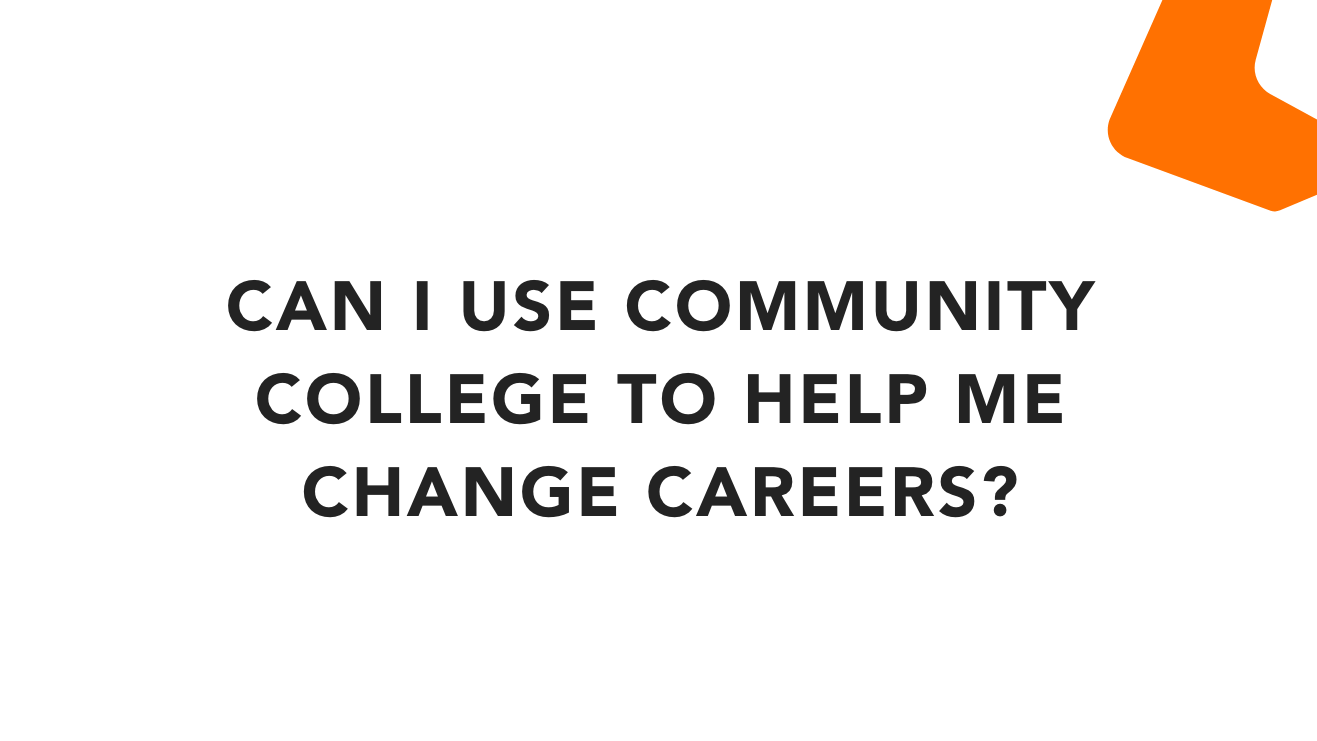 Can I Use Community College To Help Me Change Careers?

Our guide to using community colleges for changing careers. Get ahead in life and discover a world of opportunities. The goal of good technical writing is to make complex information easy to understand.