At the moment vaccine requirements are a huge debate within the US college community. Explore both for and against vaccination stance by community colleges and choose the best option for you! While more and more community colleges are mandating vaccination, not all of them require you to do so. In the end, most states have left it up to the discretion of the community college administration to decide what stance they are going to take. If you feel that you want to go to a community college with a vaccination policy then you will have to check with them before you apply. This guide will, however, take you through the steps.

At the moment vaccine requirements are a huge debate within the US college community. Some colleges like MassBay Community college only require vaccination for a small portion of students who are athletes or attend in-person classes.

In this article, we will explore both for and against vaccination stance by community colleges as this will help you choose the best option for you.

Some do, some don’t. In early 2020, a flood of colleges announced campus shutdowns. In early 2021, a slower but steady stream began announcing COVID-19 vaccine requirements. More than 700 U.S. colleges, including most prestigious schools and state flagships, say students coming to campus must get a vaccine.

Most U.S. colleges already require vaccines for viral diseases like measles, mumps, and rubella. Some attorneys say universities have the same right to mandate COVID-19 vaccines, especially now that one of the three COVID-19 vaccines currently used in the U.S. has FDA approval.

For as long as the vaccines retained emergency use authorization (EUA) status, the mandates fell in a legal gray zone. Several colleges said they wouldn't issue a mandate without full approval.

However, federal agencies, including the Department of Education, permit employers to require their employees to get a COVID-19 vaccine, setting a precedent that courts have confirmed.

Eight students from Indiana University (IU) brought a lawsuit against their college arguing that the COVID-19 vaccine requirement violates their right to personal autonomy and bodily integrity and the right to reject medical treatment.

Politicians in 20 states so far have signed legislation or executive orders barring COVID-19 proof of vaccination requirements. These include

At least one public university system in a state that has not barred such proof of vaccination, the Ohio State University, said it will not mandate the vaccine.

According to the university, students will only be asked about their vaccination status for the purpose of outbreak monitoring. Most institutions that have not mandated COVID-19 vaccines plan to incentivize students instead.

Vaccinated students have been promised prizes, greater access to events, and a pass on the mandatory COVID-19 testing that most schools plan to continue this fall. Meanwhile, some schools plan to keep unvaccinated students off-campus. At Brown University, for example, students who refuse a COVID-19 vaccine must file a petition to study remotely or take a leave of absence in the fall.

Now that everyone ages 12 and older is eligible for COVID-19 vaccines, more than half of all Americans are fully vaccinated, according to the Centers for Disease Control and Prevention (CDC).

Data from VAERS show that in the 30 days following a second dose of an mRNA vaccine, there was an elevated number of cases of myocarditis, or inflammation of the heart, in people ages 16-24. Other rare but adverse reactions to the vaccines among young people include anaphylaxis, Bell's palsy, and blood clotting.

Administration of the Johnson & Johnson COVID-19 vaccine — a cornerstone of some colleges' vaccination plans — was temporarily paused by the U.S. for 11 days in April last year following reports of severe blood clotting.

While the CDC quickly went back to recommending the Johnson & Johnson vaccine, the shot has been suspended in Denmark and is no longer administered to young people in Italy and Belgium.

Similar health issues occurred with the AstraZeneca vaccine in Europe, leading the U.K. to advise against administering the shot to people under 30.

While researchers continue to monitor the safety and efficacy of these vaccines, the CDC strongly recommends COVID-19 vaccines for Americans 12 and older.

Although opposition to vaccine mandates is as old as the mandates themselves, scholars agree that the 21st-century movement has been different.

Reiss says. "It created a very strong core group of people who believed passionately that it was the vaccines [that caused their children's autism], and the movement got more organized, more institutionalized."

Adding new vaccines to the school mandate list has proven difficult in the 21st century.

All 50 states currently require schoolchildren to be immunized for polio, MMR (measles, mumps and rubella), Tdap (tetanus, diphtheria, pertussis), and varicella. Varicella (chickenpox) is the newest, making the list in the early 2000s, according to the Immunization Action Coalition.

But only a handful of states require rotavirus, flu, or HPV vaccines for school. Because of its association with sexual activity, the HPV vaccine has been especially controversial.

"One of the last vaccines we attempted to mandate for kids was the HPV vaccine," says Elena Conis at Berkeley. "That didn't go so well. And we're in a much more polarized moment with respect to vaccination now than we were back then."

How colleges are placating students to get vaccinated

Colleges are using proverbial sticks and carrots to ensure students are vaccinated before arriving on campus. Mandates may limit the opportunity to even register for classes without proof of immunization.

Younger Americans aren't getting vaccinated in high enough numbers, so incentives matter. Some colleges that won't have mandates are finding ways to incentivize students. Efforts to convince students to get vaccinated include doling out gift cards, T-shirts, and other freebies.

One college, Rowan University in New Jersey, is both requiring all students to be vaccinated and also providing monetary incentives: up to $1,000 in credit toward tuition and housing.

By contrast, West Virginia Wesleyan College recently announced plans to require unvaccinated students, or those who have not provided proof of inoculation, to pay a nonrefundable $750 fee for the fall semester, which the school says will go toward weekly testing costs.

An additional fee of $250 will be charged for students living on campus who catch the coronavirus and are unable to quarantine off campus, thus using college facilities to do so.

With the rapid spread of COVID-19, more and more community colleges are opting to have vaccination mandates. These will require students to get the vaccination to study at the colleges.

However, at the end of the day, you can still choose to go to a college that does not require you to have a Covid shot.

As an immigrant from India, I graduated from Southwestern Community College (Creston, Iowa) and now I have my Ph.D. from the University of Louisville! I am also the CEO of Unmudl. My hope is that one day very soon that every American has an awesome community college within twenty minutes of where they live. Let's make this happen together!!

Are you on the fence about changing jobs or a complete career change? 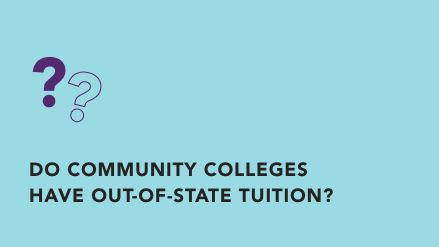 Do Community Colleges Have Out-of-State Tuition?

Community colleges do have out-of-state tuition but there are many ways you can offset that heavy price tag by looking at opportunities around you. 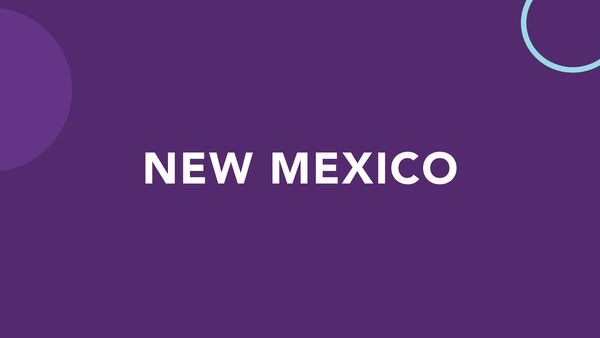 Our list of the best community colleges in New Mexico is a definitive guide to finding a college that is suitable for you. How to Change Careers in Your 30s: Steps You Can Take Today

In this blog post, we'll discuss changing careers in your 30s and how to start your new career journey!